What Star Wars Taught Me about Storytelling: The Light and Dark Side

I recently got into a debate with some friends when I declared that “Star Wars” was a terribly written movie. I know, I know – it’s a masterpiece. But it’s also a horribly written masterpiece. And I am speaking of the original trilogy – A New Hope, The Empire Strikes Back, and Return of the Jedi. 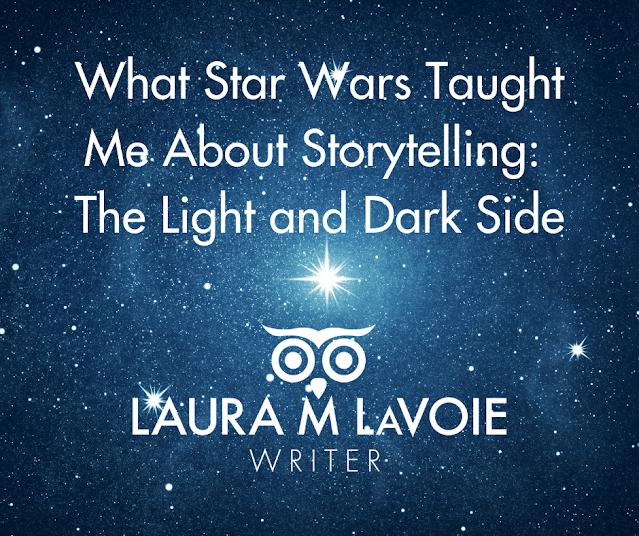 I get that my statement is an unpopular one. And I also admit that I can be a fan of the movie and still think it’s terribly written. That’s why I often look to Star Wars to remind me of some important lessons about writing. So, to celebrate Star Wars Day today – May the Fourth Be With You – I want to look at the light and dark side of storytelling through the lens of a galaxy far, far away.

The original Star Wars series was a classic tale. Using Jungian archetypes and Joseph Campbell’s The Hero with A Thousand Faces as cues, Lucas also borrowed parts of older stories from other cultures to create his space fantasy. But good storytelling isn’t always just about light and dark, good and bad. Every character should have nuance.

Lucas had a lot of inspiration for the movie. He based a lot of the story and characters on Akira Kurosawa’s films, especially The Hidden Fortress. Lucas also said that he originally wanted to remake the 1930s serial Flash Gordon into an epic movie. The result turned out to be a mash of up both of those stories. But this combination was novel for 1977 movie audiences, and no one had seen it before. We know it now. With our ability to consume culture from all over the world, storytellers need to become more creative about using their influences without being derivative.

A Little Too Much Deus Ex Machina

Deus Ex Machina is a plot device used by many writers, but that doesn’t make it great. It’s the sudden emergence of an unexpected event that turns a hopeless situation into a triumph. I think the idea for most writers is to create a twist that will keep readers engaged, but sometimes it just becomes too much. The original Star Wars Trilogy relies on it a couple of times:

·        In A New Hope, Luke is about to destroy the death star, but Vader gets the upper hand. Suddenly, the millennium falcon swoops in and saves the day.

·        In Return of the Jedi, the teddy bears – I mean Ewoks – are able to take down trained fighters in armor to give the rebels enough time to complete their mission.

The Experience is Greater Than the Story

But here’s the bright side. The reception of a story is entirely subjective. Every person who reads a book or watches a movie has a wholly different experience. And in 1977, when nothing else like it existed, Star Wars was a phenomenon. Regardless of the simple story, people fell in love with the entire idea of a space opera and the rag-tag group of heroes.

I think this is also why the prequels and the sequels get the kind of hate they do. Why? Because no matter how hard we try, we cannot recreate a collective experience from childhood. We experience stories differently as we age, and we can’t always let go of that nostalgia. That leads to an angry belief that childhoods are ruined by the evolution of a story that was told long before Star Wars and will be told long after.

Love it or hate it, there’s no denying that Star Wars is a cultural phenomenon. And even if I have issues with the storytelling, I can still appreciate the experience and still call myself a fan.