I read for a lot of reasons. I read because I’m a fan of storytelling. I read because I want to see how writers craft their work. I read because it gives me an escape. I’m also a huge fan of television and movie-based storytelling and believe that the directors, creators, writers, and showrunners all work together to weave together a visual story. This month, to honor Black History, I wanted to share a few of my favorite creators. These black women have contributed to literature, movies and TV, and history and shaped my journey as a writer. 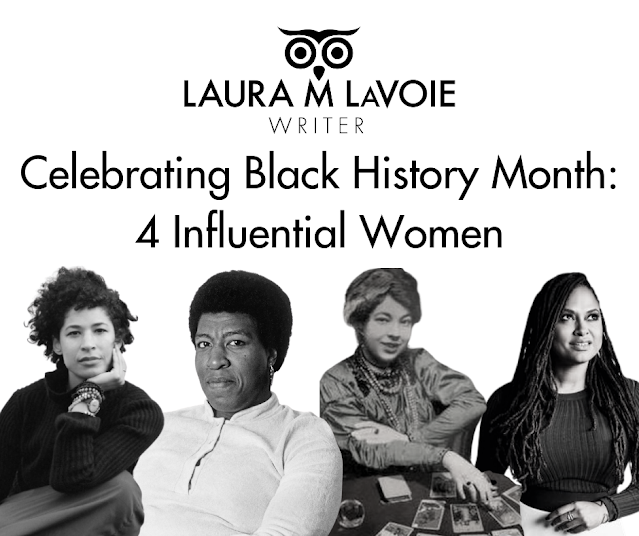 When I was in the 6th grade, I was running out of books the challenged me. I was a voracious reader and had already read all the books at my grade level. I asked my mom for something with a little more meat on its bones than the Sweet Valley High series. My mom gave me a few books lying around the house that included such authors as George Orwell and VC Andrews. In hindsight, maybe those books weren’t the best thing to give a 12-year-old, but I read them.

But she gave me one other book, too. The Color Purple by Alice Walker. I devoured it and then read it again. It was a paperback copy and I wore the cover right off of it. I watched the movie with Whoopi Goldberg and Danny Glover, and then went back to the book. To be brutally honest, it was my first exposure to Black literature and for a young white girl in the suburbs of Detroit, it was eye-opening.

I feel like I came to the Octavia Butler party very late. It seems like I should have known about her about the same time I was reading Alice Walker. Shortly after I read The Color Purple, I became immersed in fantasy and science fiction and went off in another direction with books. Throughout high school and into college I continued to read George Orwell and added Aldous Huxley, Robert Heinlein, and Margaret Atwood to my library.

But I didn’t even hear about Octavia Butler until a few years ago when I came upon a list of books recommended by Margaret Atwood. So I picked up The Parable of The Sower and, once again, I was awestruck by the storytelling and scope and especially the prophetic nature of the story that, in the 90s when it was written, gave us the exact roadmap that played out in the US over the last several years.

When I was in college, I began reading Tarot cards. For a little while, I had an obsession with Tarot decks. I would collect them for the stories conveyed in the art on each card. Over time, I spent far too much money on decks and barely used them. But that dive into the culture of the Tarot led me to an interesting journey into the development of the modern Tarot deck that most people know today.

The most common deck, known as the Rider-Waite deck, was drawn by a female, bi-racial artist by the name of Pamela Colman Smith. As I did with Octavia Butler, I explored her history deeper when I was writing for The NotMom. Her drawings for the modern Tarot deck, which would inform most future Tarot decks, were intended to tell a story. For that reason, she is one of my biggest inspirations.

I also want to mention a contemporary storyteller whose work has had a great effect on me. Whether she’s writing and directing fiction movies, non-fiction biopics, or historical documentaries, Ava DuVernay is one of the brightest voices on film today. Her Netflix series When They See Us is heartbreaking but hopeful. Her documentary, The 13th, is enlightening.

I am excited to see her name attached to an upcoming project featuring the work of Octavia Butler. About a year ago, it was announced that she was working on the adaptation of Butler’s science fiction epic Dawn. I haven’t seen any recent news, but I am still hopeful we will see the series soon.

Who will you celebrate in February for Black History Month?