Skip to main content
Labels
Posted by Laura LaVoie May 22, 2015 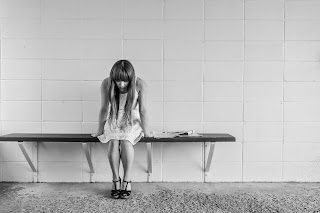 There has been a lot of interesting controversy about the Marvel Cinematic Universe's recent portrayal of The Black Widow in the latest Avengers movie.

While her story is highly fictionalized and exists in completely parallel universe, it does shed light on some darker parts of our own history.

In my latest post at The NotMom, I barely scratched the surface of forced sterilization and eugenics in the United States and what it means for all women.

Today, there are women in their 50s and 60s who literally had their chance at motherhood stolen from them. They did not choose to be NotMoms. And nature did not choose for them.

As it often does, my research led me down another rabbit hole. As recently as 2010, women in California prisons were strongly encouraged to choose sterilization by prison doctors. Although the procedure wasn’t mandatory, the women did say they felt pressured into agreement. It wasn’t until 2014 that the practice was made illegal in the state’s correctional institutions.

While some young NotMoms who identify as childfree by choice struggle to get medical professionals to honor their request for permanent sterilization, others, as recently as a few years ago, were being sterilized against their will because they were considered “unsuitable.” Why is it that some women are “too young, and will change their minds,” while others aren’t?

All of this is part of a bigger issue that is fought on the battleground of women, race and class. Young women who are refused permanent sterilization, incarcerated women who are coerced to getting it, the fight over abortion and fetal rights, and so much more are all just parts of a system committed to controlling women and denying their ability to rule over their own bodies.

This fight has never been about anything else.

Will I see you in Cleveland at the NotMom Summit in October?