A couple more places you can find me on the web.

I have some great new blogging jobs that I am very excited about. One is with the British beer seller Beer and Now who discovered me by Googling their own name and finding my beer blog. The project has been in the works since the beginning of 2012 and my first post has finally gone live. (They've even Anglicized my spellings!)

It wasn’t that long ago that I abhorred the flavour of hops. I avoided pale ales and American IPAs as though they were poison. The bitter taste didn’t just make me cringe, it made me gag. I have heard before, though I don’t remember where, that women don’t like bitter things because we evolved to detect poisoned or spoiled foods. Whether or not it was true, I used it as a convenient excuse to ignore an entire segment of beer.  “I’m a woman, and we don’t like hops.”

Also, I am really enjoying the blogging I am doing for Tiny House Talk. Check it weekly or so to see a new post from me. Here is my latest.

I would consider myself an advocate for the tiny house movement. But even if tiny living isn’t for everyone, profoundly changing the way we live can be an incredibly liberating experience.


And speaking of tiny living, my first in a series of guest posts has gone up over at Tumbleweed Tiny House Company's blog.

The iconic image of the Tumbleweed Tiny House is a little home on a trailer. While most people go this route to build their tiny house, it is precisely the opposite of what we did.  Our tiny house is built in a little clearing about 200 vertical feet up a mountain with no road access.  You heard that right – no road access.

And I've been tearing it up over at Beer City Guide. Check out all of my coverage of Asheville Beer Week there! 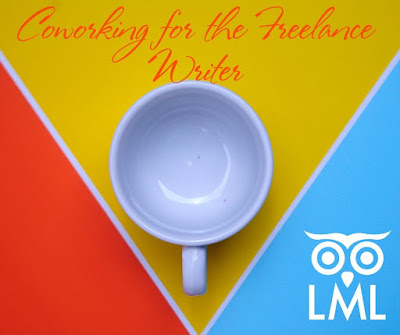 CoWorking for the Freelance Writer